Memorial Hospital looks for shot in the arm from new St. Johns ER 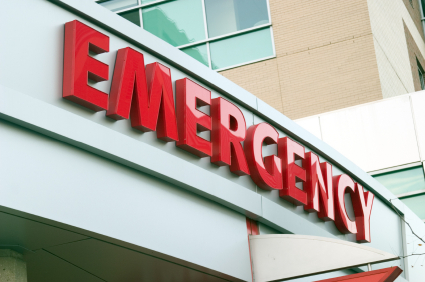 Memorial has signed a long – term lease for an 11,000 –square – foot, 12 – bed freestanding emergency room to be built at 3635 Race Track Road. Tampa – based Axcel Development Group will break ground on the nearly $5 million facility April 16, said Memorial President and CEO Jim O’Loughlin. He hopes to be accepting patients there by the end of 2012. Memorial is negotiating an incentive package with St. Johns County for the expansion.

The County Road 210 and Racetrack Road corridor in northern St. Johns County is where most of the region’s population growth and homebuilding is occurring.

“It had the right demographic mix in terms of population and density, and the service appears to be needed in that area,” O’Loughlin said.

In late 2011,Baptist Medical Center South, which is located along Interstate 95 near the Duval – St. Johns county line, about 10 miles from the planned Memorial facility, unveiled an $11 million, 20,000 – square – foot expansion of its emergency room.

“We feel there is adequate population to serve both facilities,” O’Loughlin said. “It’s a growing area.”

O’Loughlin expects 7 percent to 10 percent of patients who arrive at the new ER to be admitted to Memorial Hospital. He said between 20 percent and 22 percent of ER patients at the hospital are admitted.

The free – standing facility will have the same diagnostic services as a hospital. It will not have an operating room.

“The ER department serves as a window and front door to the facility,” he said. “But with a free – standing ER, we don’t expect to have as many [people] needing hospital services.”

The Memorial facility will be the first phase of development for a medical office complex Axcel has planned at the site, Principal Mark Gerenger said.

Construction on the other buildings won’t begin until they are 70 percent leased, Gerenger said.

HCA’s interest in the site is “the only reason” behind the development, he said.

“Right now’s not the time to take raw dirt and try to turn it into some medical development,” Gerenger said.