Property sale next step for gastropub 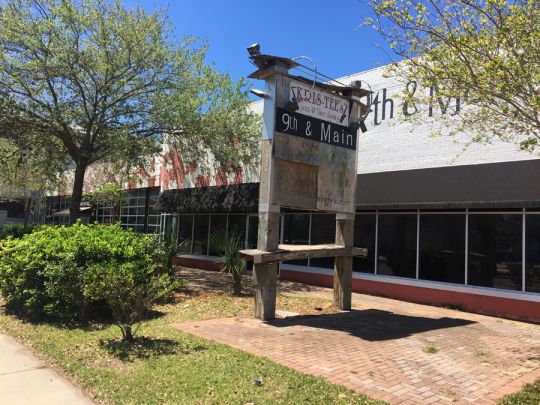 Adeeb Properties LLC proposes to buy and redevelop the former Henrietta’s restaurant at 1850 Main St. into a microbrewery and gastropub called 9th and Main.

Ordinance 2017-377 will be introduced to council Tuesday to authorize the purchase and sale agreement.

Developer and restaurateur Scott Adeeb wants to buy the property from the city for $1,000, plus $90,000 to cover back taxes that have accrued since Henrietta’s was foreclosed in December 2009.

Adeeb also is planning to pay for all closing costs, fees and the estimated construction costs of $301,600.

In April, the property was rezoned to allow for a brewery.

In the past, the property was occupied by an auto repair shop, gas station and tire store.

An environmental site assessment found that “petroleum concentrations and impacts have been identified in the groundwater onsite and remediation is required.”

According to the Legislative Fact Sheet with the resolution, Adeeb will pay up to $100,000 for environmental cleanup.

Meanwhile, the city was approved under the Abandoned Tank Restoration Program of the Florida Department of Environmental Protection to receive state money to remove underground storage tanks.

Adeeb said in April he chose Springfield because the neighborhood was trending with businesses and restaurants coming back to Main Street.

He said the menu will feature burgers, wings, pizza “and other pub-style favorites.”

Adeeb said the pub will feature a rotation of about a dozen beers brewed in the microbrewery space next door.

The 9th and Main location will be split into two sections, and include outdoor patios in the front and the back.

“The microbrewery and the restaurant will sort of operate on their own, but people can move freely between the two,” Adeeb said previously.

The business is expected to provide about 28 full- and part-time jobs.

If approved, 9th and Main will join a growing list of restaurants and craft breweries in development for the Springfield neighborhood, including Hyperion Brewing Co., a nano brewery set to open this weekend.

After the redevelopment, which Adeeb estimates at three to six months, he believes the property will be valued at $500,000 and contribute more than $9,000 annually in property tax.