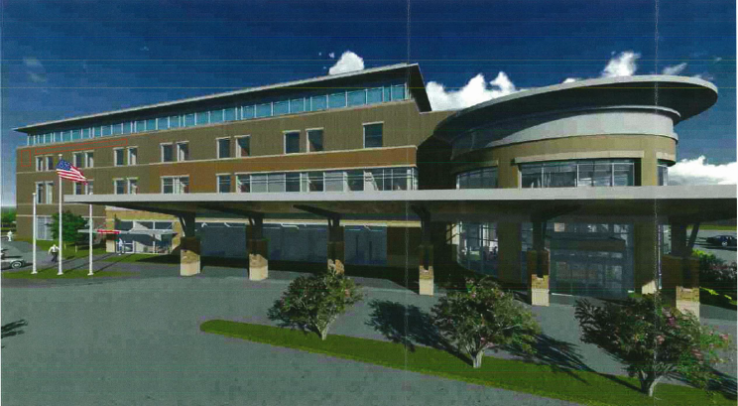 BROOMFIELD – Ground could break on Broomfield’s first general hospital in the first half of next year if a newly proposed project makes its way through the city’s planning pipeline over the next two months.

Venture Medical Holdings, a developer based in Tampa, Fla,, has submitted plans for a 52-bed general hospital that will provide emergency treatment and both in-patient and out-patient surgical services. The 87,000-square-foot, three-story building would be located on a 5-acre site in Broomfield’s Arista mixed-use development, just east of Wadsworth Parkway on the south side of State Highway 128.

Venture’s Mark Gerenger said via phone on Monday that he couldn’t yet disclose which health-care organization would run the facility or give too many other details about the hospital. He said his group is under contract to purchase the land from Arista developers.

The land is zoned for commercial uses. The planning board already has approved an amendment to allow for medical facilities on the site, and the city council is scheduled to vote on final approval of that use change at its Dec. 9 meeting.

Venture Medical Holdings will go before the planning board for site plan review on Dec. 8. If the project is approved that night, it would go before the city council for final approval on Jan. 27.

A new hospital would mark a milestone for Broomfield as the city, whose population has eclipsed 60,000, continues to see rapid growth. There are multiple hospitals just outside Broomfield’s borders, including Good Samaritan Medical Center in Lafayette, Avista Adventist Hospital in Louisville, and St. Anthony North Hospital in Westminster. Children’s Hospital, meanwhile, has a campus with more limited offerings on Colorado Highway 7 near Interstate 25 in Broomfield, as well as a therapy center in Arista.

Perhaps just as big as gaining a hospital within its borders, Broomfield community development director Dave Shinneman said, is the boost the hospital could give Arista and the U.S. 36 corridor, where apartment projects have dominated the development landscape in recent years.

“We’ve had a lot of residential development along that corridor,” Shinnemen said. “We haven’t had the commercial or office development. So I think this will be a good fit.”