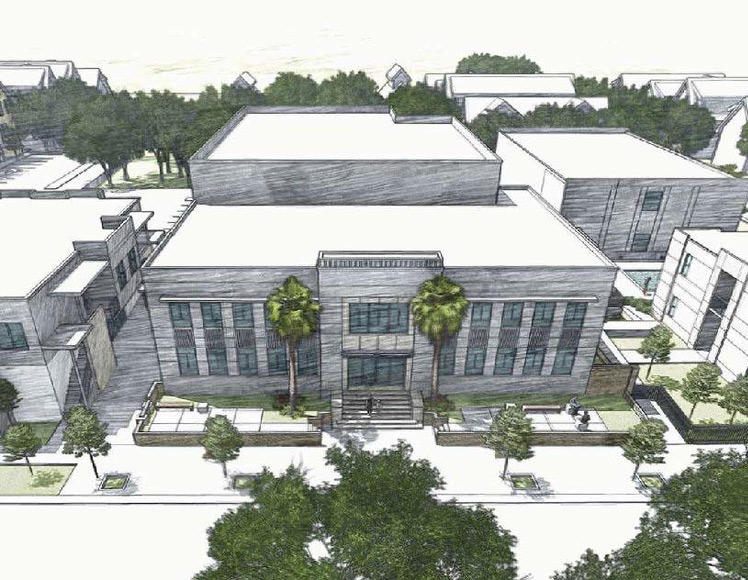 A Tampa-based developer’s plan to revitalize the former Jacksonville Jewish Center in Springfield has cleared City Council and the Jacksonville Historic Preservation Commission.

The commission voted unanimously 5-0 on June 24 to approve three certificates of appropriateness for developer Springfield Lofts LLC to build a $14 million project with 78 market-rate residential units and 8,000 square feet of commercial office space for the 2.12-acre site.

The commission’s decision came a day after city lawmakers voted 18-1 to approve $3 million in taxpayer-backed incentives for the redevelopment at 1341 Pearl St., 235 W. Third St. and 205 W. Third St. Council member Danny Becton voted to oppose the deal and proposed a change to the deal structure.

The former Jewish center was built in 1950, according to a report by the city Planning and Development Department, and is designated as a historic contributing structure in the Springfield Historic District north of Downtown and Henry J. Klutho Park.

Plans by project architect PQH Group Inc. approved by the commission include restoration and adaptive reuse of three buildings at 205 W. Third St. Two are contributing structures to the Springfield Historic District.

The developer intends to demolish two existing structures on the site. A former warehouse at 1341 N. Pearl St. would be replaced by a ground-level parking garage with two levels of residential space above.

Demolition of the one-story building at 235 W. Third St. will be replaced by a two-story mixed-use building with commercial first-floor space and residential on the second floor, according to city documents.

The two planned demolitions are contributing structures to the historic district.

The commission placed conditions on the project’s approval June 24, including screening the first-floor parking garage and addition of balconies.

Planning and Development staff recommended that the characteristics match the architecture of the adjacent Springfield historic housing.

The commission also asked Springfield Lofts to screen a planned outdoor pool with landscaping and shrubbery.

Joshua Pardue is co-principal of GNP Development with Mark Gerenger.

“Based on recent events we are moving forward, investing in full construction drawings, starting to work with contractors and then will move to secure our permits. We are closely watching the economy and capital markets given current events and intend to keep moving the project forward,” Pardue said in an email June 25.

Pardue said in February he hopes to begin construction by late 2020 and anticipates a year for completion. The total project is 94,000 square feet.

The development agreement drafted by the city Office of Economic Development and approved June 23 by City Council offers the developer a $1 million, 20-year loan at 3% interest.

The project will qualify for a $1 million Recaptured Enhanced Value Grant, which will refund 75% of the increase of the property’s ad valorem taxes for 10 years, and a $1 million grant when the project reaches substantial completion.

Council’s vote waived public investment policy rules to issue the incentives. The project does not create the minimum 10 jobs required for a city REV grant and provides more than the 50% tax increment refund allowed in the policy.

The city public investment policy does not authorize the completion grant and development loan, which will require a Council waiver.

Council member Danny Becton, who cast the only vote against the incentive deal, proposed eliminating the $1 million completion grant and making the REV grant $2 million.

Becton said June 23 he thought the developer’s stated need for a direct subsidy from the city showed the project is not financially viable.

Kirk Wendland, the city’s economic development executive director, told Becton that his proposed incentive change would be “a deal killer,” and the city would not be able to repay a doubled REV grant in the same 10-year time period.