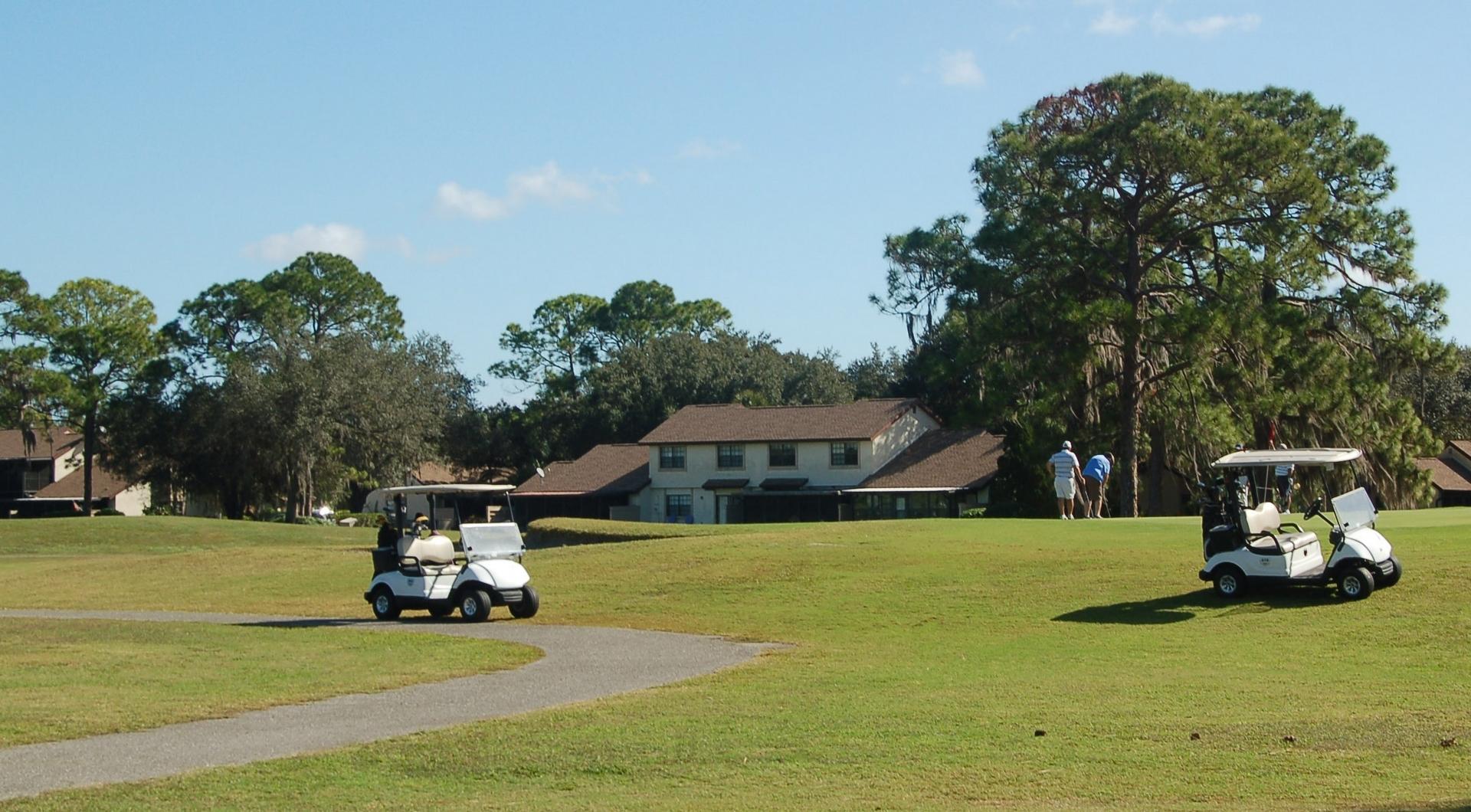 The city’s oldest golf course, closed since 2015, may become the site of 600 new homes and a 300-bed assisted living facility

NORTH PORT — The 207.5-acre parcel of land that was once the site of the city’s first golf course is being redeveloped as Central Parc at North Port — a planned development that would include 500 single-family homes, neighborhood commercial businesses, a 300-bed assisted-living facility and 100 multifamily homes.

That’s roughly the plan, as envisioned by developer Mark Gerenger, and presented to the North Port City Commission on May 2.

Missing from that plan, though, is any type of recreational amenities — something that residents surrounding the former Sabal Trace Golf & Country Club had hoped for and the North Port City Commission insisted upon back in 2003, when it blocked plans by a previous owner to develop the course exclusively as a residential property.

The Charles Ankrom-designed par-72 course was built in 1970 by General Development Corp., the original developer of North Port, Port Charlotte and other platted communities in Charlotte County, and the club followed in 1972, originally known as the North Port Country Club.

Plans to develop the property and preserve a nine-hole course were ultimately approved in December 2005 — just in time to be sidelined by the Great Recession.

Revamped plans including both a golf course and single-family homes resurfaced in 2014.

But the course closed and the grounds became overgrown in May 2015, after Wells Fargo refused to extend its loan to then-owner Charlotte Golf Partners and foreclosed.

Gerenger bought the 207-acre property in October 2017 for $1.5 million plus a buyer’s premium, closing costs, back taxes and fees, after two previous buyers backed out of purchasing the property because of environmental concerns — notably the cost of remediation for high levels of arsenic, which can build up as a result of the way courses are maintained.

Any development of the property will only occur once the Florida Department of Environmental Protection approves a plan to remove soil contaminated by arsenic.

City Commissioner Vanessa Carusone, who was on the board in 2003 when it blocked the original development plans, wondered if commissioners made a wrong choice then.

“Hindsight’s great, until you get there 15 years later and say, ’What if we had approved that development, would we be in a different place today?” Carusone said. “Would that have been a successful development?”

After regular maintenance on the golf course stopped and the landscape grew wild, residents in the developments that surrounded the property complained of rats and coyotes.

“Maybe that was a mistake on my behalf,” Carusone said.

Geregen, who attempted to buy the property from Wells Fargo in 2016, following the foreclosure, paid back taxes and fines, cut the grass and cleaned up the grounds.

He also worked with the Sabal Trace Homeowners Alliance so buffers as wide as 70 feet and retention ponds could create space between the new development and the old.

During public comment Jim Glass, president of the homeowners alliance — which represents more than 2,000 residents in 1,100 homes that surround the course — said that the original goal had been to have a course, but went on to praise Gerenger and Sabal Trace Development Partners working with the community.

“Mark was the only one to commit that he would maintain the property, mow it and keep it up,” Glass said.

Glass also urged the City Commission to support construction of a bridge across Cocoplum Waterway that would create a new entrance to Central Parc at the end of Tuscola Boulevard — where the mixed-use commercial development would occur — and alleviate traffic from Greenwood Avenue. Currently the main entrance to the property is via Greenwood Avenue and off of Sumter Boulevard.

Alliance vice president Jim Blucher, a former city commissioner, echoed support for the bridge. Currently the intersection of Greenwood Avenue and Sumter Boulevard is congested and too close to U.S. 41 to be managed by a traffic signal.

“I would ask you to seriously look at the Coccoplum Bridge,” Blucher said. “Give us a break with the traffic — it’s needed.”

All area residents weren’t completely sold on the bridge or the development plan, though.

“Building a bridge into a mixed-use commercial area just brings more congestion in,” Gerry Creed said, then later added he’d prefer the commission urge the developer to bring back the a nine-hole golf course.

Maryann Barrett disputed the presentation by attorney Charles Bailey that a golf course could not be operated there.

“I bought at Sabal Trace golf course because of the open space,” Barrett said. “I live across what was the second tee box.

“We have beautiful wildlife over there,” she added. “Yeah, we did have rats, yeah we did have a coyotes but that does not take into consideration everything that will be displaced when this landlocked piece of land is developed into 500 homes plus the assisted living.”

Ultimately the commission decided, on a 4-1 vote, to forward a comprehensive plan amendment required to develop the property to the state Department of Economic Opportunity for review.

Vice Mayor Debbie McDowell voted against the motion partly because she wanted more clarification on a proposed 100 multifamily units that would be built on the 25.3-acre mixed-use portion of the property.

McDowell did vote with the rest of the commission to continue three other motions to a second reading — rezoning the 207.5 acres from commercial recreation to planned commercial development; amending the city land development code to allow for the Central Parc Activity Center; and the development master plan.